You’ve heard of microblading, the permanent make-up (PMU) treatment designed to add depth and volume to your eyebrows. It’s like superficial tattooing of very fine lines done to look like natural hair. Microblading’s long-lasting results have left so many clients happy, but if you have sensitive skin, this type of PMU can sound like a bad idea. Luckily, for those with both sparse, lighter eyebrows and sensitive skin, there’s microshading.

Microshading is a PMU also known as “ombre” or “powder” brows. It follows the same basic idea as microblading, but the technique makes it more comfortable and effective for those with very sensitive skin. It might also be the next big thing in 2020! 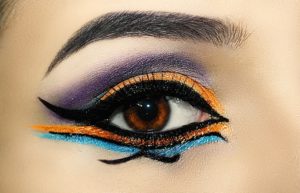 Microshading is different from microblading in that it doesn’t use strokes to create the effect of fuller brows. Rather, the aesthetician creates a gradient appearance with small dots no larger than pinpoints. The powder-brow results mean microshading is sometimes known as the “shadow effect.”

Microshading places the pigment at a deeper layer than microblading. Don’t be alarmed by the immediate results, as they’ll look as if we drew very harsh lines on your brows. Give it a week – after that, the block of colour fades to softer, fuller-looking brows.

Much like microblading, microshading provides a well-defined, natural-looking brow that doesn’t require touching up every morning. However, the effect created by the tiny dots is subtler, adding depth rather than shape and making it perfect for those looking for a little extra volume rather than a total brow makeover. What truly sets microshading apart is how well it works for those with sensitive or oily skin!

Why Is Microshading Ideal For Sensitive Skin?

Microshading is known to be better for clients with sensitive or oily skin. For people with these issues, microblading results can fade more quickly, and they might require frequent touch-ups. But because microshading uses smaller incisions, the treatment is less likely to irritate sensitive skin. This advancement will make it very in-demand soon!

Microshading results can last between one to three years, and touch-ups can lengthen the results. Since this PMU technique uses dots rather than hair strokes at a deeper level in the skin, the results can last longer than microblading. It’s important to note that your aftercare routine, skin type, and how you treat your brows after will affect how long the microshading results last. 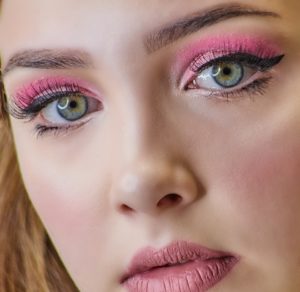 One part of microblading that often stands in the way of clients is the potential for pain. People often compare the microblading experience to getting little paper cuts (despite the numbing agent). If you’re a bit squeamish, microshading could be for you – the dotting technique is known to be more comfortable. Like any treatment where incising the skin is involved, there stands the chance of some discomfort; however, we numb the area with a topical first so that your appointment is as pain-free as possible!

Just like with microblading, you have to let the incisions heal after your microshading appointment. You may experience some itchiness, redness, puffiness and swelling, so don’t rub, scratch, or pick at the area. Use a soothing ointment and let your brows heal on their own! They should be fine after a week or two.

Because it’s less intensive and better for sensitive skin, microshading is going to be a big hit in 2020. Call and book an appointment today!